Skip to content
Providing you with Quality ICT services

The establishment of Interlet Limited came after the ICT in-house training at the Department of Computer Science, Kyambogo University when the Founder – Mr. Mukisa Vicent, who was a staff in the department and Web Development Instructor in the in-house training gathered the best and willing students to continue advancing their skills through working on community projects.

A group of around 30 students gathered and a number of projects were selected for execution among which the designing and development of a multi-site Faculty of Science Website was part. The team chose the very project to be number one inline of implementation.

The core teams (Back end and Front End) were led by Mr. Dhikusooka Brian a 3rd year BIS student then and Mr. Musika Daniel a 2nd year Student of BIS then too under the supervision of Mr. Mukisa Vicent.

The project commenced with requirements analysis and structural designs (by Mr. Jonathan Arugai) and we continued seriously. However, by this time the entire team had reduced from 30 to around 6 active members.

After like 2 weeks, we started making database designs and front end programming of the website as members continued to reduce.

In the next week, we had remained 4 members ( Mr. Dhikusooka Brian, Mr. Musika Daniel and Mr. Mwagalwa Bob and Mukisa Vicent).

After making a presentable prototype, we agreed to involve the Department of Computer Science for technical support and pushing the project to a university level.

Mr. Mukisa Vicent approached the Head of Department Dr. Denis Ssebuggwawo who welcomed the idea and liked the move we had taken. He promised full support for the project and indeed he did so.  He mentored and guided us on how to make the project appear more professional and how to effectively develop its features to work well.

The multi-site project had one welcome page or home page representing the Faculty but with different 7 internal websites for the 7 academic departments under the Faculty of Science, Kyambogo University.

At this stage, in July 2017, Mr. Mukisa Vicent got an idea of starting up an ICT services company which was named Cyclone Techs but had no office either a file of papers but only our computers and heads.

In November 2017, Mr. Mukisa Vicent got another idea of venturing in the online media services. As a result, he teamed up with his long term friend and OB Mr. Javiira Ssebwami who was a student of Journalism from Makerere University then, to give in his support in starting this business.

The business which was named Cyclone Times started by designing a stunning news website which was designed by Mr. Mukisa Vicent and Javira as a Chief Editor and it was considered an arm of Cyclone Techs.

With all this, we never had an office but we used to meet from IICB computer laboratory in Kyambogo and at times under the trees to do business.

After achieving a presentable and working website in late 2017, Dr. Denis Ssebuggwawo requested the Dean of Faculty Dr. Justus Kwetegyeka to organise the Faculty Board meeting to present the project.

We presented the project to all the heads of departments who commended the good work we had done with the Department of Computer Science.

Standstills are common in projects, the same happened to this project for some good months.

At this stage, Cyclone Techs and Cyclone Times were so active and progressing. We were lucky that as we were still holding our meetings from tree shades, we got 4 university students who wanted skills training in computer repair and maintenance, networking and website development. It was like we had hit a jackpot, we charged these students 250,000Ugx each for the training in 1.2months.

The one million we got helped us to rent out an office in the areas of Banda Kampala for us to be able to train them. We also solicited some little money and bought 2 office tables and 2 chairs which we used to facilitate the training process. “We started an office.”

At, this stage, we had linked and partnered with Lapisha Consulting Ltd to offer ICT internship for the year 2018. We trained over 50 students and this was a great move in our business as we also pushed on with Cyclone Times for news.

In later stages of 2018, the project was revised and design structures were all changed as well as the development technology. We developed the departments’ websites independently.

The department later organised to present this work to the Director of ICT – Kyambogo Univerity Dr. John Okuonzi who was so excited by our work and gave us a go-ahead to redeveloped the Kyambogo University website.

We are happy that in the two years of operation, we have been able to have our team behind the design and development of the stunning Kyambogo University which was nominated by NITA-U as one of the best government websites in the connected category for the year 2019. We are also the brains behind the newly designed MTN Zambia main website through the GD Experts Company.

We’re now INTERLET LIMITED, and we’ve been providing computer-based solutions for Information Technology here in Uganda since
2017 with a motive to revolutionize ICT. Later on, we enhanced to offering enterprise-based services which are set to grow local individuals, small and big businesses or companies plus organisations.

We specialize in developing highly integrated and responsive Websites, Information Systems or Business Software, Digital Marketing, Graphics Designing, IT consultancy and Solve many more IT related problems depending on a client’s demands.

The most exciting projects we’ve done are the website as seen in Portfolio. The experience acquired throughout our previous projects has given us an upper hand to be your best choice for your business problem to effect continued growth and success. 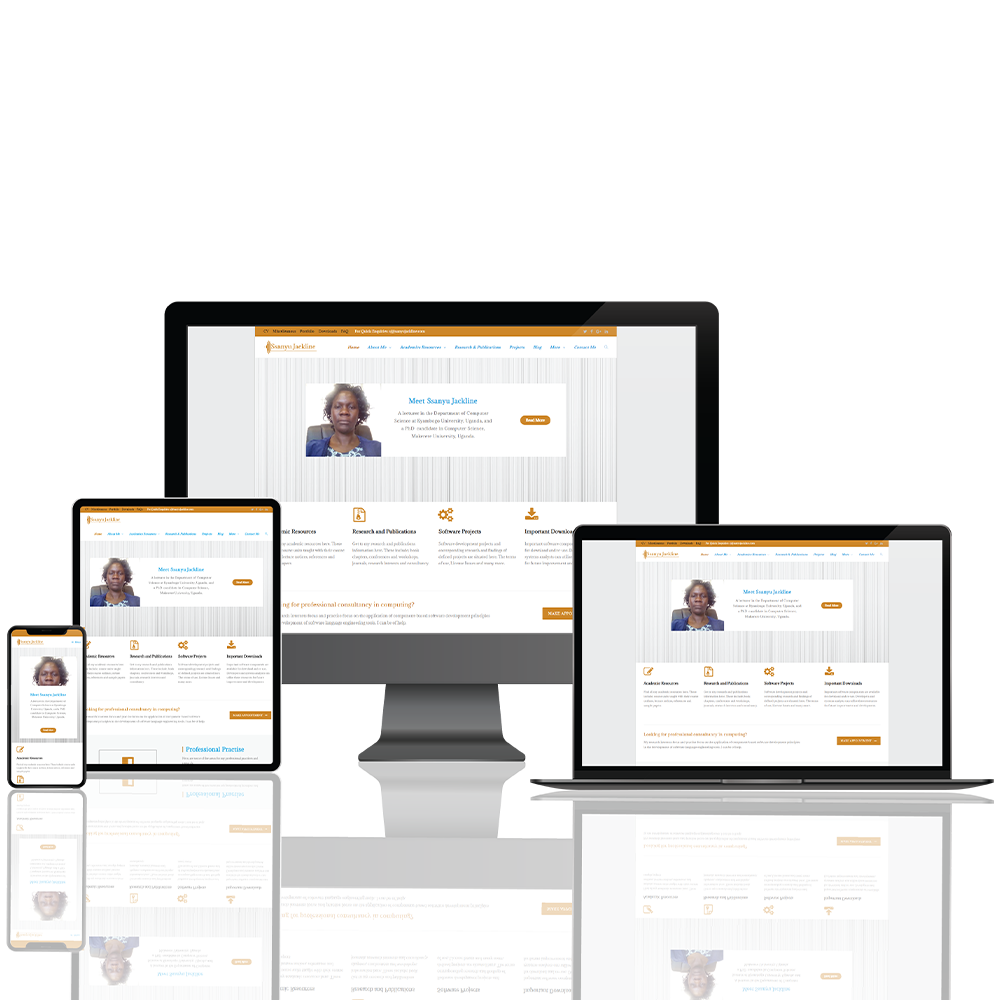 Why we choose ICT?

Information, Communication and Technology (ICT) is the most popular career and the fastest growing industry in the world. There are several success stories about people who chose this field for business and career and are now on top of their game.

ICT as a lucrative career choice for already established and upcoming professionals and businesses give outstanding factors for success in the business life. ICT in its various forms is being used by businesses for a wide range of purposes. These include creation of new sales channels, maintaining effective level of communication among the workforce, sending marketing communication messages to current and potential customers, measuring the level of customer satisfaction, making sales, engaging in team building initiatives, increasing the level of employee morale etc..

We choose to help businesses reach their potential through branding. A brand is more than a marketing tool; it’s the way the world perceives your company. More than just using it to be known, the most successful brands create a powerful and defined identity for their companies.

Click one of our representatives below to chat on WhatsApp or send us an email to info@interletug.com